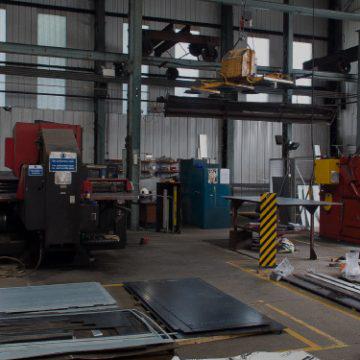 Linkedin
Back to products

Hinged and sliding blast resistant doorsets are available as pre-engineered solutions or designed to withstand individual dynamic blast load cases, or the combination of several blast cases.  Door construction varies upon the blast pressure and if fragmentation and fire resistance is required.  The standard range of blast doorsets are designed to behave elastically during the effects of blast and remain operational after blast, thus providing repeated blast resistance and continued fire protection together with emergency egress or access.

Depending upon the structural opening size, the ‘Booth’ single or multiple latching mechanism is utilised to ensure that a safe haven is provided with the doorset self closing and latching after each operation.  Where high blast loads or sizes dictate, then a shoot bolt system is used to withstand the effects of both rebound and negative blast pressures.  Both options are available with pneumatic, hydraulic or electrical power operation with a selection of safety mechanisms.

Added fragmentation protection can be provided to the external door skin to prevent projectile penetration through the door leaf.

Applications for blast resistant doorsets include hazardous petrochemical and pharmaceutical sites together with anti-terrorist applications at sensitive locations.